GMW MIMARLIK has been responsible for major transportation projects including several international airport terminals and train stations. One of their recent commissions, by the BOT consortium led by Yapi Merkezi of Istanbul and SK E&C of South Korea, was for the design of the support buildings for the Eurasia Tunnel, which became operational on 22 December 2016.
Connecting the Asian and European sides of Istanbul’s Bosphorus, the 14.4m diameter two-deck Eurasia Tunnel is 5.4km long, 3.4km of which is bored 25m below the sea bed; and the nerve center of this major infrastructure project is the Operations & Management Building.
The 2-storey tube-like built form of the O & M Building hovers above the ground level maintenance facilities, and symbolizes the tunnel entry from the Asian side. The design objective has been to create a contemporary building with a distinctive architectural expression, which not only meets its functional and technical requirements but also responds to its immediate context and symbolizes the highest technological level of Eurasia Tunnel. The natural contours of the site have been maintained as a landscaped hill and the maintenance components of the building have been disguised behind the site contours leaving the office structure floating freely above. The double-skin façades protect the energy efficient building interior from the sun. The outer skin formed in perforated metal panels, with a subtle wave-like motif, not only serve to provide solar protection but also create a glowing symbol for this great engineering feat at night. 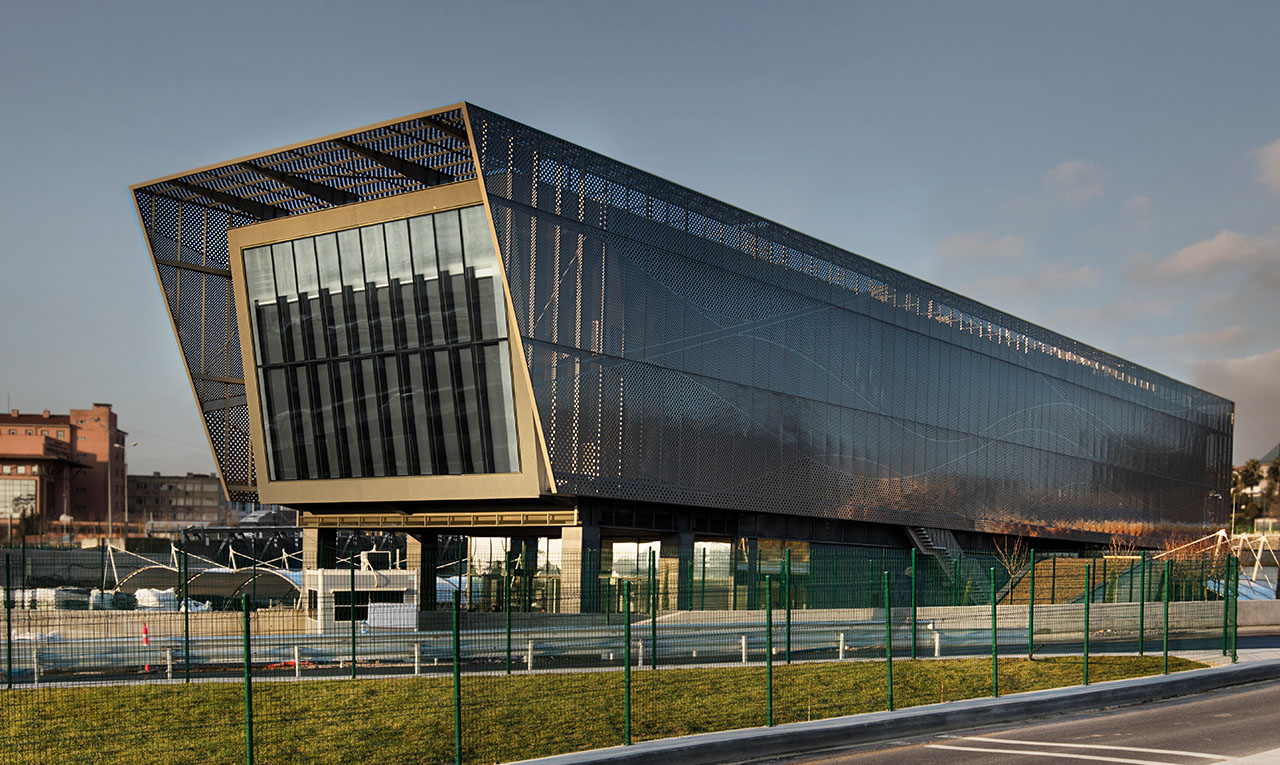 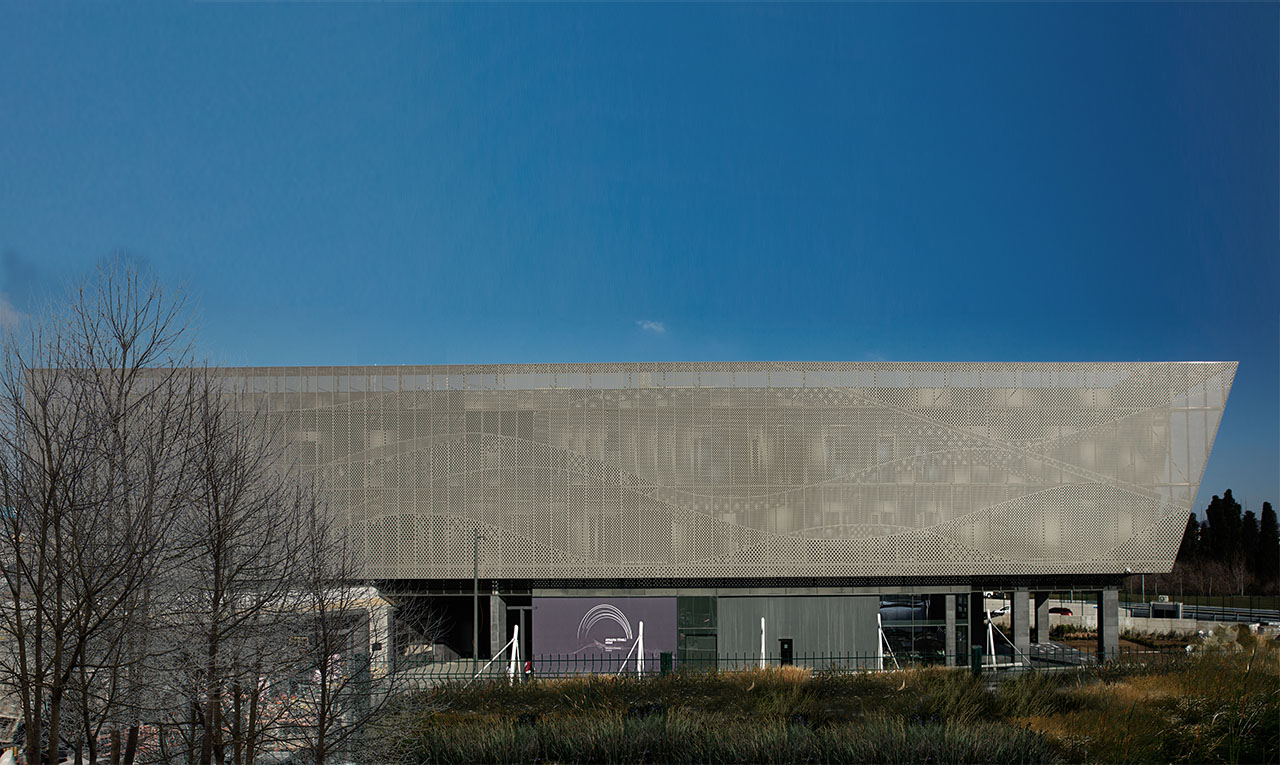 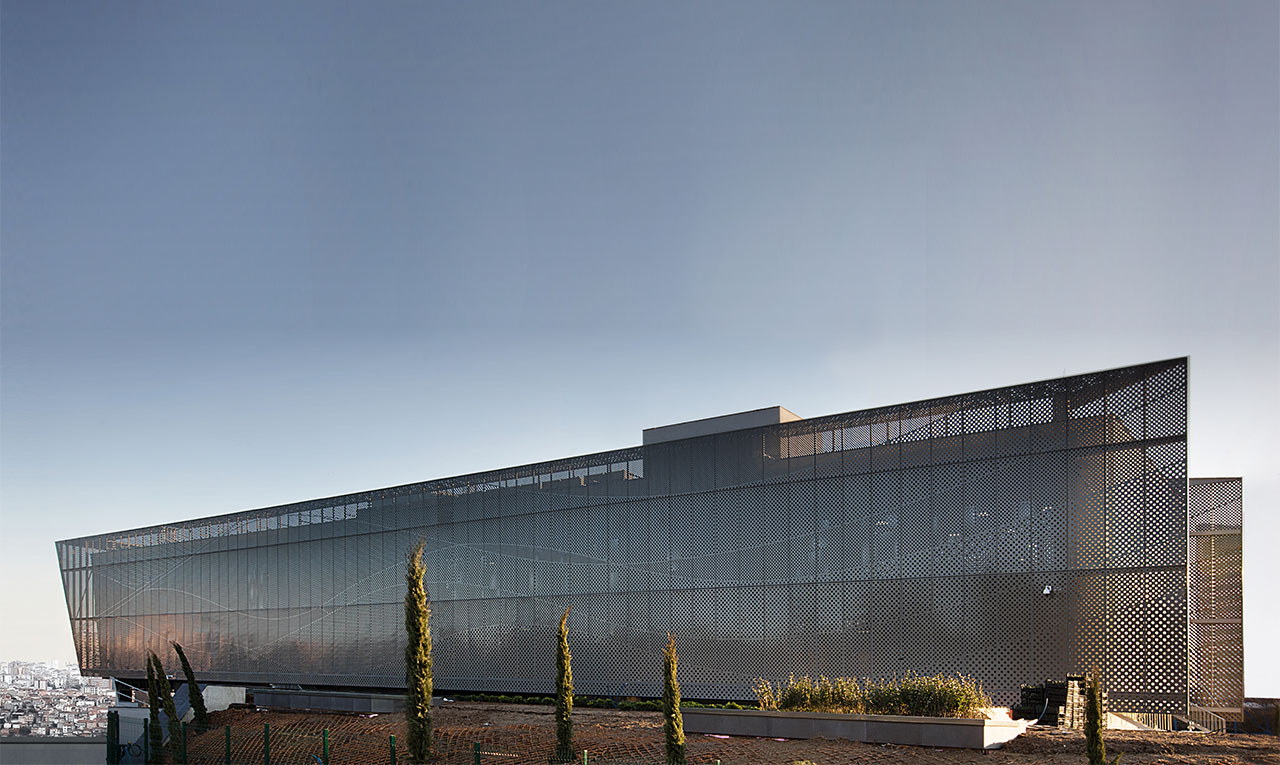 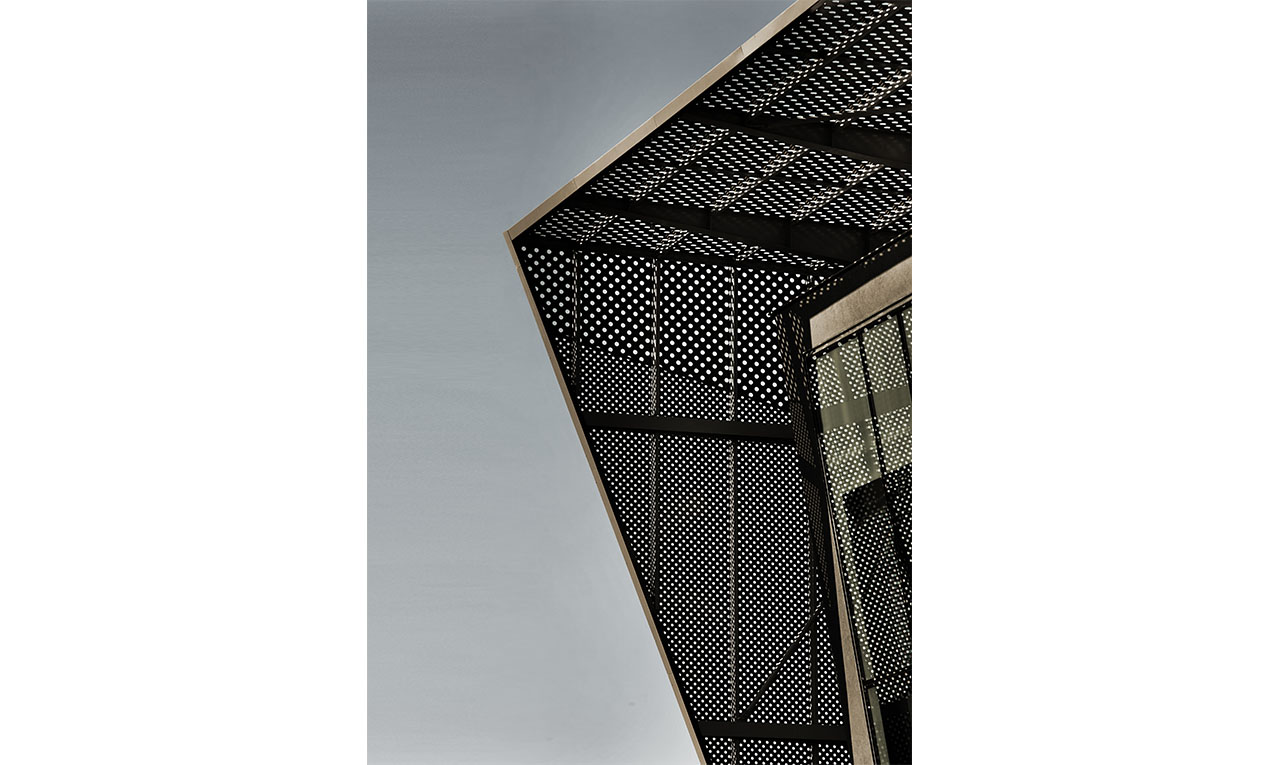 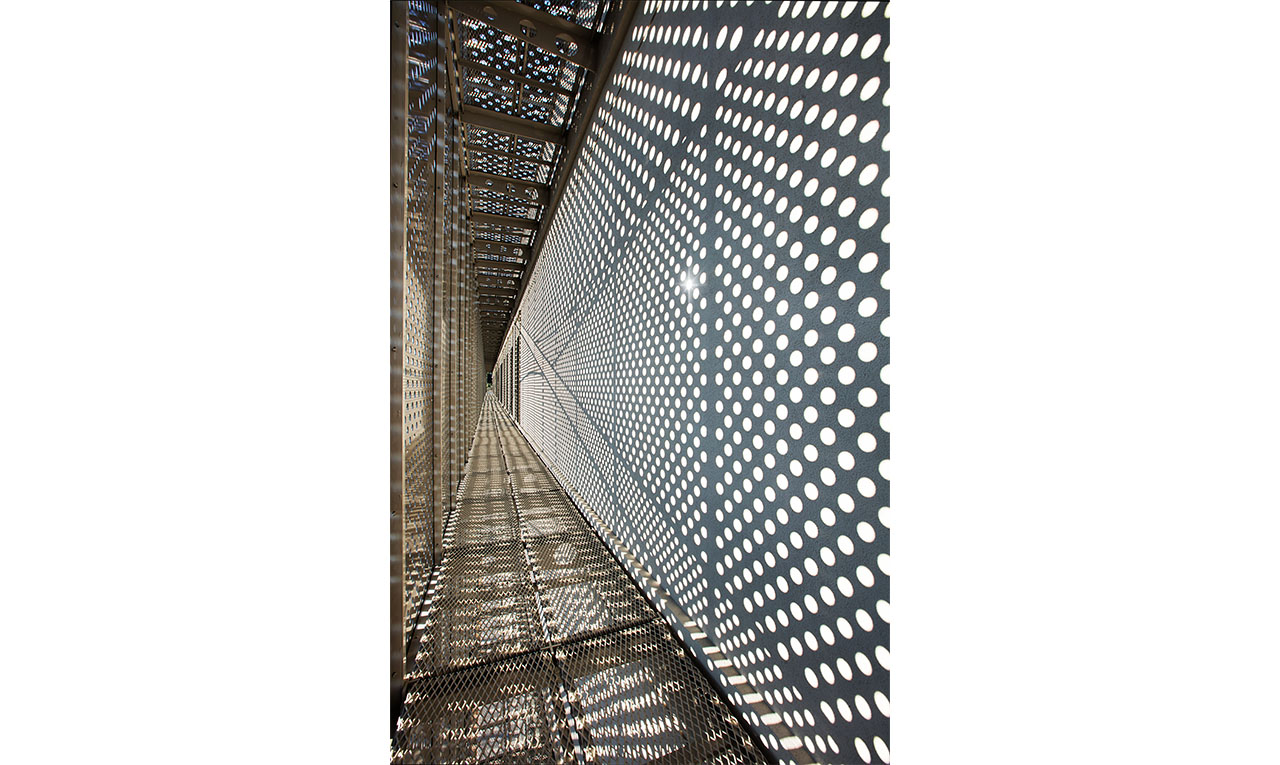 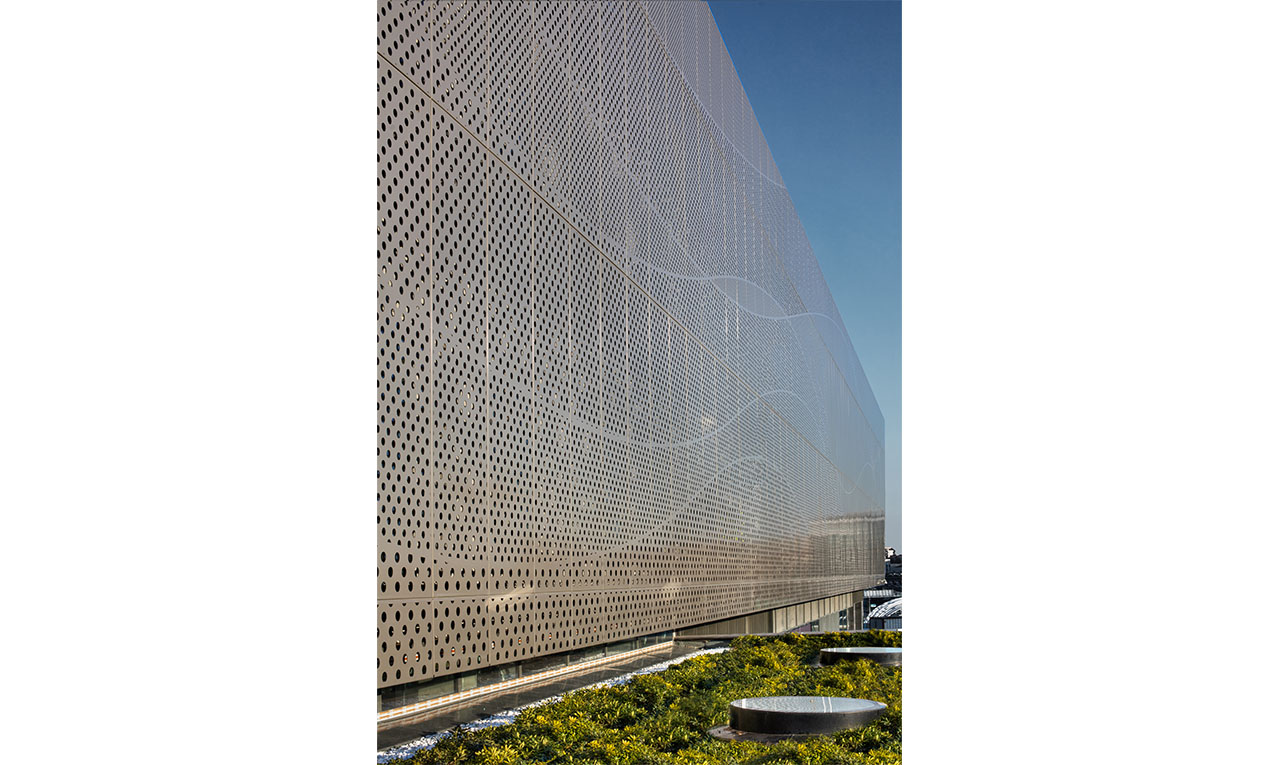 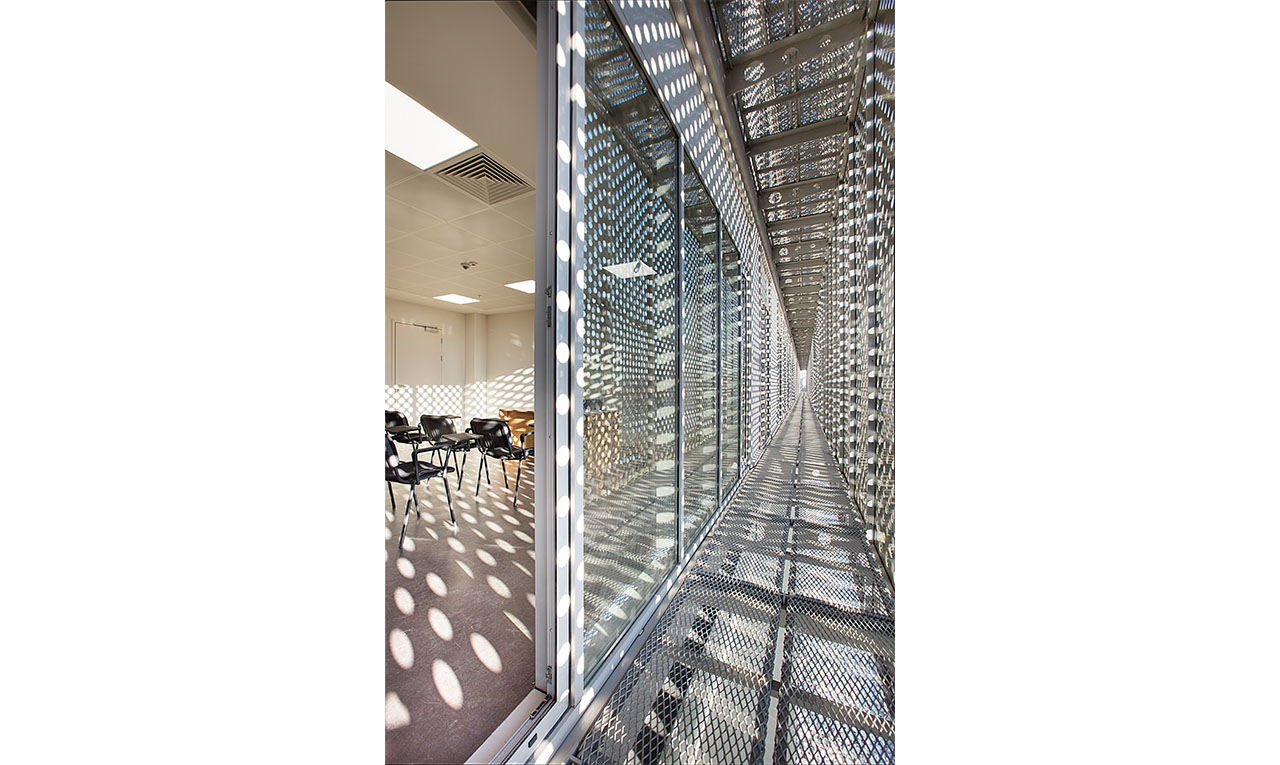 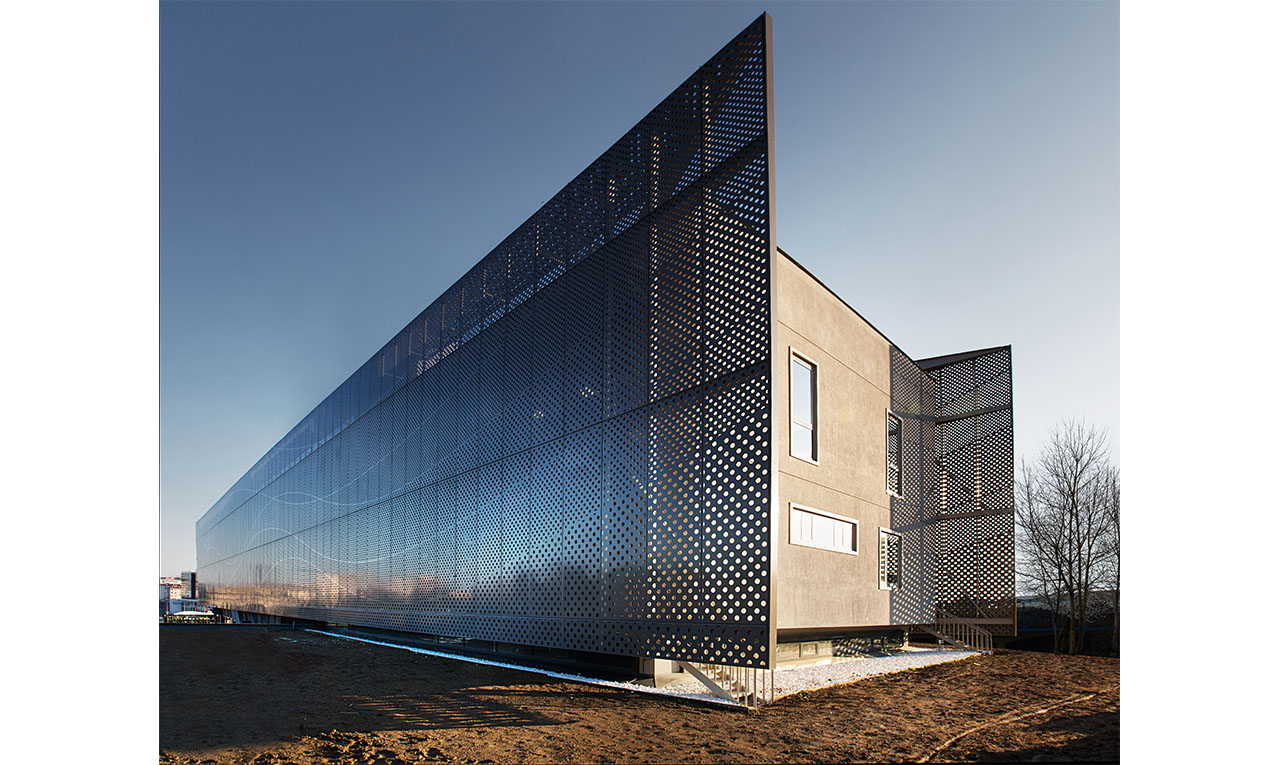 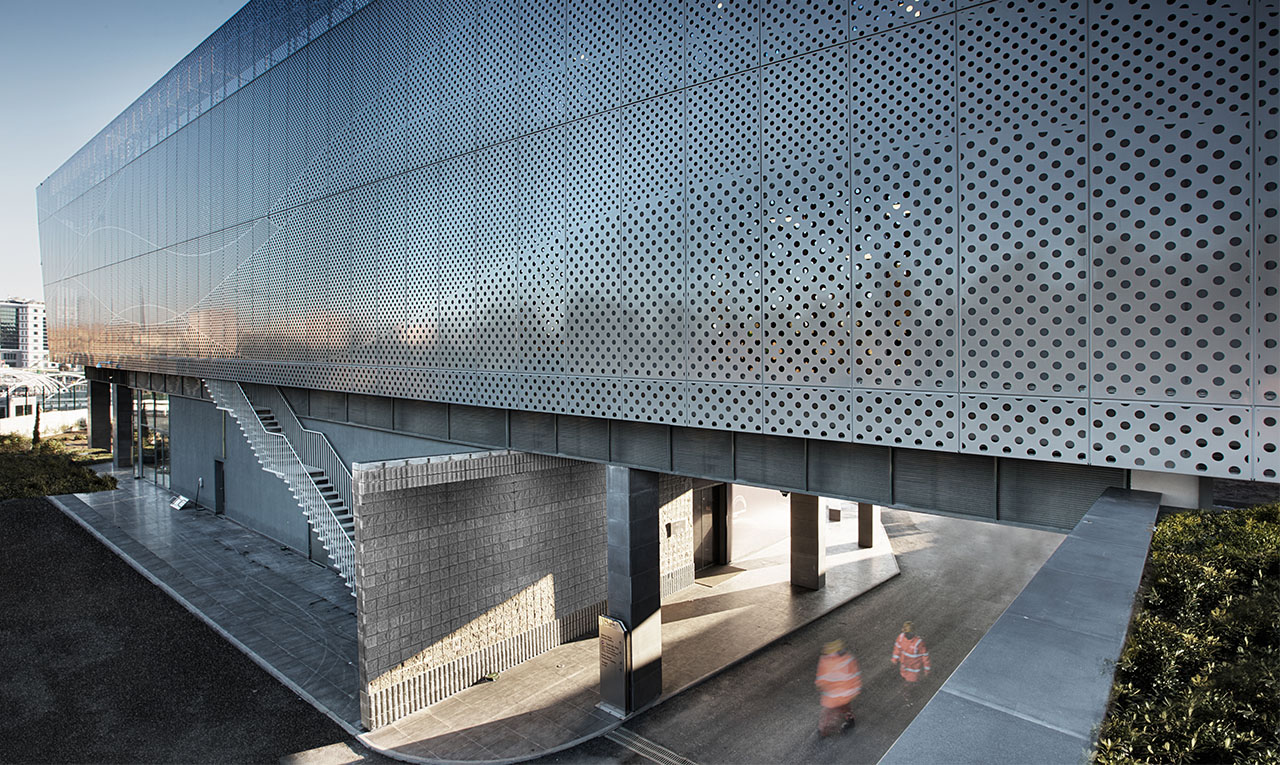 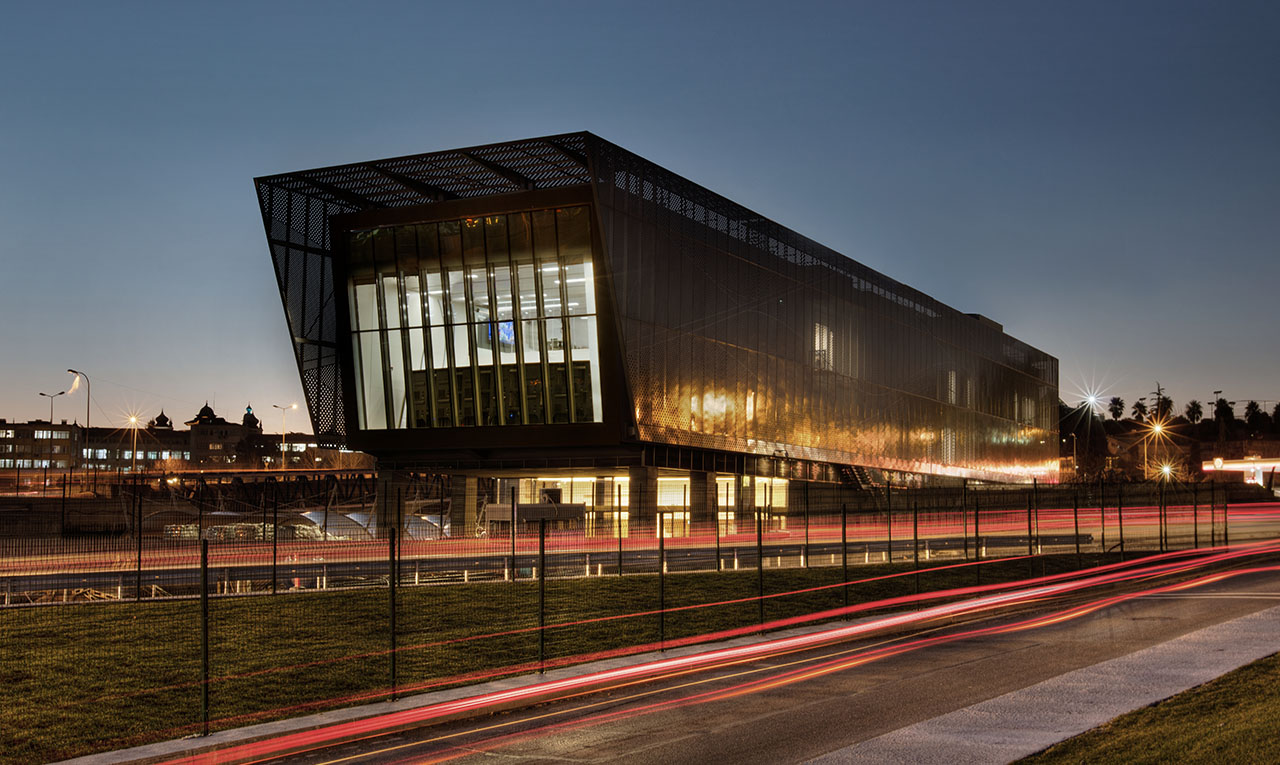 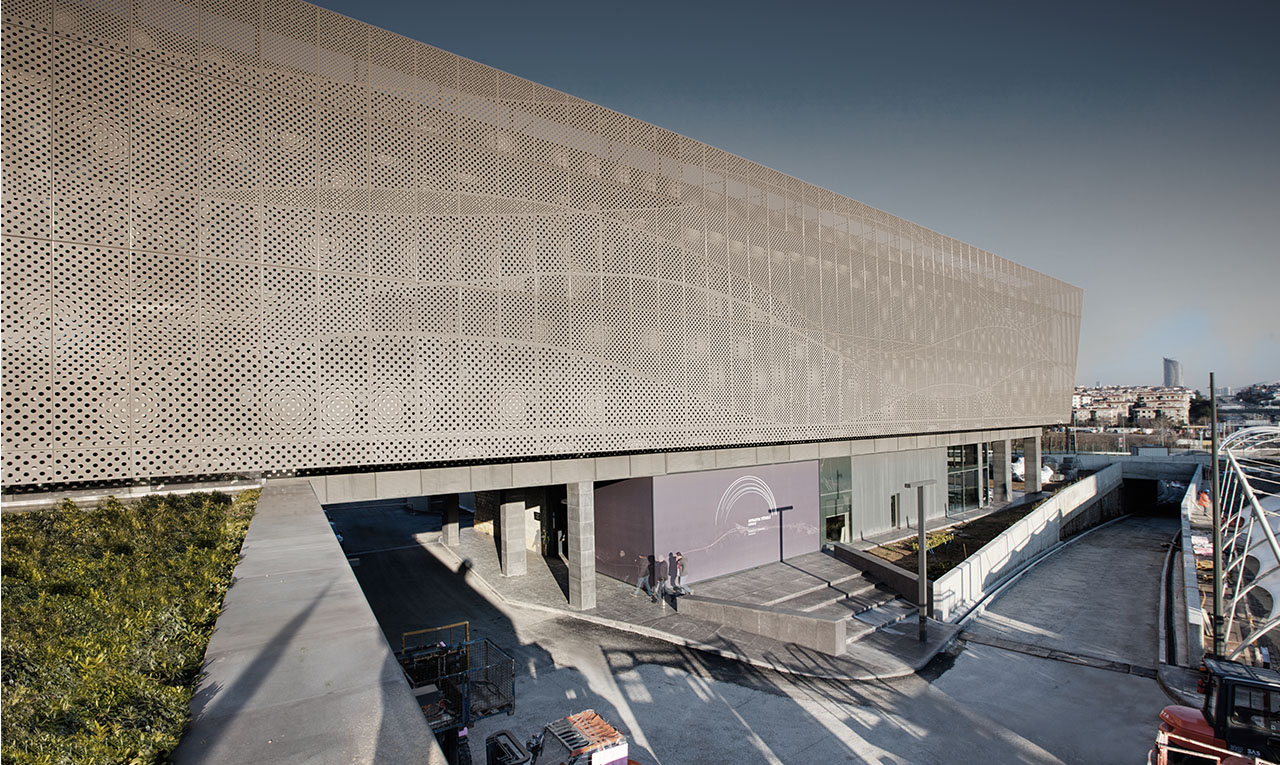 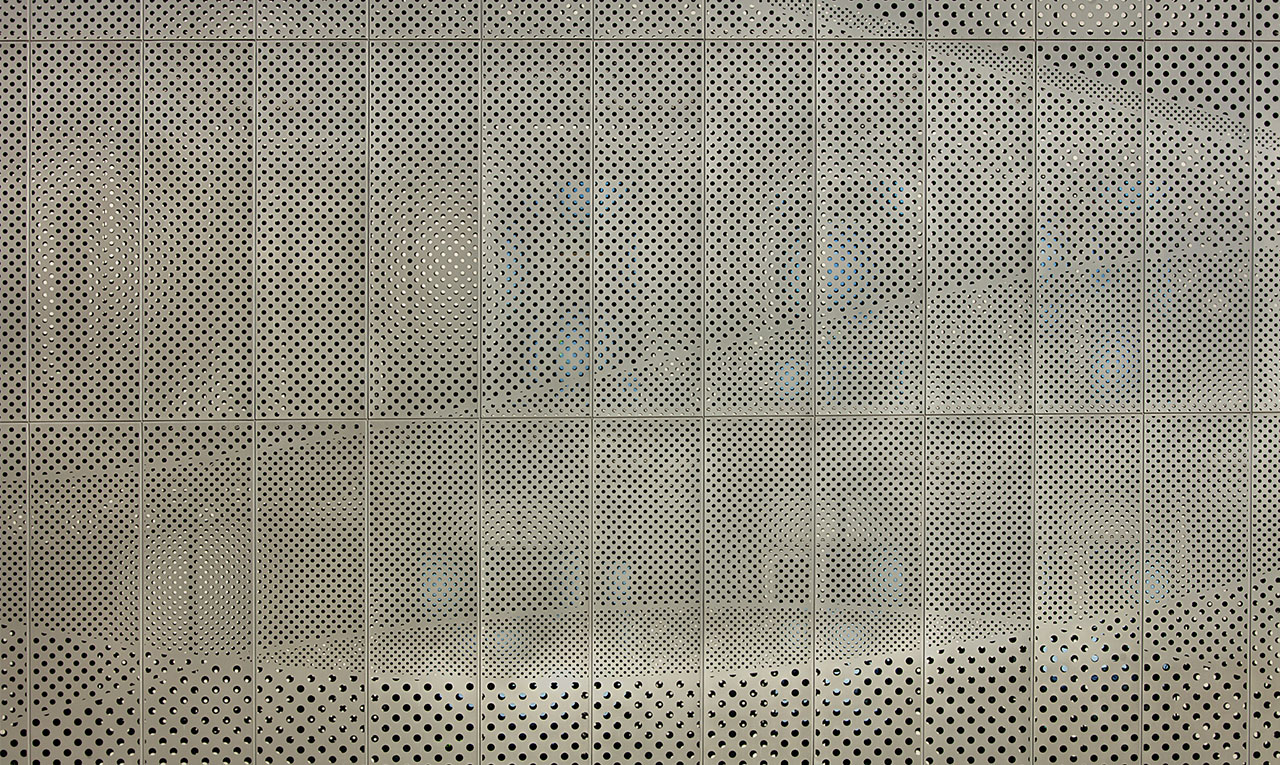